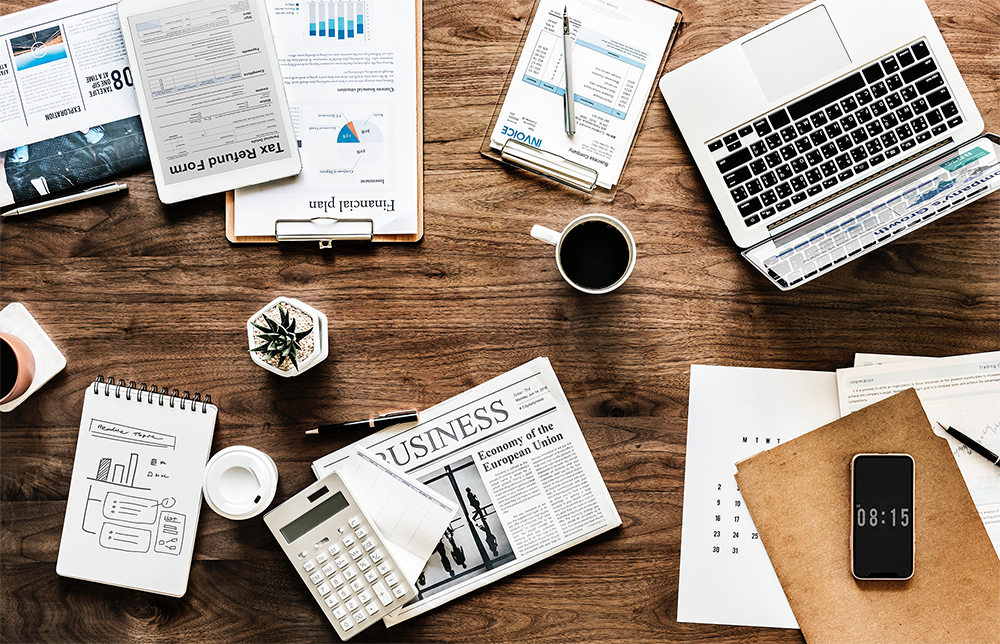 Franchising today has come to mean a particular form of licensing of a proprietary trade or service name and/or logotype together with a unique marketing plan most commonly embodied in an “operation manual.” Sometimes it is regulated by statute and sometimes its virtually unregulated such as in the private ownership of gas stations of a given oil company.

It All Begins With A Contract

It indeed does all begin with a contract. So, what is a contract exactly? We all use the word daily but it is important to understand just what it is.

A contract is a legally enforceable agreement to do or not to do something which is legally possible to do between two or more natural or artificial persons for valid consideration.

Franchising is a marriage between two areas of law: Contract Law and Agency Law.

A “franchisor” (also proper spelling as “Franchiser”) is a “Licensor.” A license is an agency law principle. A “Franchisee” is a “Licensee.” A “license” is the right to do something temporarily and does in and of itself denote collective ownership of what is the subject matter of the contract between the two parties. For example, when one buys a theater ticket, one is buying a “license” to sit in the seat for a given period of time. If their behavior jeopardized other “licensees,” such as yelling or disturbing others by talking on their cellphones, their license is subject to termination. So too in franchising. A franchisor offers and a franchisee accepts what is being offered. Offer and acceptance are contract law principles.

There are three types of franchise concepts, each involving a different method of networking which can be considered in marketing goods or services by way of the franchise license -and there are franchises which employ all of them.

The first is the standard easy to contemplate single offer of one outlet at one price for one exclusive territory and/or for a given time period.

The second is referred to as an “area franchise” whereby the investor purchases a larger territory at a reduced price in which typically they agree by contract to “develop,” to wit: the opening of a given number of outlets within such territory in a scheduled time frame following purchase of the expanded area (i.e., the State of Florida). If the area franchisee fails to keep on schedule, part of the territory may be diminished. The area franchisee does not have to pay an initial fee for each unit being opened but does have to pay the monthly royalty on gross sales, and for the training of their growing staff, as examples&nbsp. The area franchisee must be the owner of all the units opened within the territory but may, usually, sell minority interests in its entity to those desiring to operate a unit provided that such individual is independently approved by the franchisor.

The third is by a “subfranchise agreement.” In this case there is no “franchisee” at all but a “subfranchisor.” The franchisor thereto sells and delegates the franchising efforts involving the solicitation and sale factors as well as the development within a given area to another (the subfranchisor) along with the duties and benefits associated with being a franchisor… except for the ownership of the licensed names, marks, logotypes and confidential operations manual containing the trade secrets, and assigns the collecting of monthly royalties, franchise fees, training responsibilities, etc., to the subfranchisor for a percentage of the initial fees and monthly royalties, etc. The uniformity of the product or service being marketed by the franchisees, as well as the conduct of those associated with the trade/service mark and logotype, within the subfranchisor’s territory is the principal subfranchisor duty and breach of the same, as it affects the goodwill of the entire network, may result in the forfeiture of such a license.

Today’s modern concept of economic franchising is built on this principal understanding. It is a system of marketing, separate and distinct from manufacturing. It is the apogee of the present capitalistic concept of actually doing business. The “Franchise Contract,” more properly referred to as the “Franchise Agreement,” is one of defining relationships, duties and obligations. Other than the automobile dealerships, gasoline stations and a number of other politically motivated exempt areas that Congress has seen fit to bestow immunity on, the system of marketing this type of investment opportunity today is broken up into the “registration” States and the “disclosure” States.

In regulation states they are treated as securities, to wit: predicated on “risk capitol” being required as are most stocks and bonds. These states afford their citizens far more protection from swindlers by taking a SEC (Security and Exchange Commission) approach to the marketing tools being reviewed and registered by the state before being offered to the public. Non-compliance results in large fines, sanctions and potential jail time for those attempting to defraud the public investors through fraud, deceit or misrepresentation. These states are called Uniform Franchise Offering Circular States (UFOC) because they have to follow a uniform franchise offering circular strict guideline to inform the investor in plain English as to what is contained in the attached franchise agreement before any contract is signed or before money changes hands. Prior to being registered to sell franchises, and usually on an annual basis which allows the solicitation and/or sale to the public investor within that state, they are reviewed by securities personnel within the corporate divisions of a state’s department of commerce.

As to the non-UFOC states, these are called Federal Trade Commission (FTC) States and they follow a disclosure of information criteria that does not require the regulation process of a state review of any kind before solicitation or sale to the investing public. If it is found by complaint after the solicitation or sale that disclosure of mandated information was not made, usually the Attorney General of the state who may investigate and conduct a finding of fact as to whether the law had been broken is their any potential liability for the franchisor. In these states, the term “offering circular” is referred to as a “disclosure statement.” Again, It is not reviewed by the State or anyone other than perhaps the investor’s private attorney beforehand. It carries with it merely paper type sanctions, usually if at all damages for any misrepresentation, fraud or deceit which may have resulted from a scheme or deceptive plan of defrauding. In rare occasions do such violations result in jail or being prison imposed as they do in the UFOC jurisdictions.

Michigan was at one time the hallmark state when it came to franchise protection for its citizens and continued and such continued until the mid 1980s. It was one of the founders of the fifteen UFOC States and our citizens were among the best protected.  As Michigan’s economy grew and swindles occurred in the non-UFOC jurisdictions, there came a call for the federal government to stop the wave of white-collar crime in franchise investment in the other thirty-five FTC states. Thereafter came the concept of the “weak disclosure requirement,” due to business lobbyists being involved in the Federal legislature nature of it becoming law within the purview of the Federal Trade Commission (FTC). Due to the difficult economic realities and amidst the recession of the late 1980s, political persuasions in favor of “deregulation”, became the law of the land in all non-regulation UFOC states. Eventually Michigan, in an effort to attract business into the state, passed laws no longer requiring registration and hence Michigan is no longer counted as a UFOC state.

The Williams Law Firm has created over sixty franchise entities both in and outside Michigan. We ONLY built our clients prospectus in accordance with the UFOC guideline structure, whether it is a disclosure or a regulation State that our client intends to market in, as this is the best form of immunity as to after-the-fact claims of fraud and misrepresentation, and this measure has always proven effective.

No franchise client of our making has ever been challenged on such issues involving the purchase of the investment opportunity.

The rule is: UFOC formulated documents work in all jurisdictions because they provide more disclosure, better financial background and more documented essentials about the franchiser before solicitation or a sale to an investor than do the FTC disclosure State requirements. FTC disclosure statements only work in FTC States.&nbsp. We do not charge more for this “proactive” approach to the building of a superior prospectus. We do not have to charge our clients twice, one time for the registration jurisdictions and again for the disclosure jurisdictions, for our service. Our documents work in all States and in most Canadian Provinces and minimize chances of claims being made involving fraud or misrepresentation which tax the client’s entire franchise network when such a claim occurs as well as gives rise to potential franchisee class actions.

We have represented national and international Franchisee Associations in their representation efforts to broaden and evolve the franchisor with advice, input and field experience to keep their investment in tune with changing times of economic competition and evolution within a given industry. On certain occasions we have been temporary in-house counsel for certain entities but as a rule, due to our position as a Michigan law firm, we prefer to train local counsel as to what must be done as per state and federal compliance as well as towards network diplomacy.

The time frame of developing a franchise varies from six months to a year or longer because of issues necessary prior to licensing such as their gaining ownership of the trade/service names that they intend on licensing to others and time needed on a national level at gaining ownership of marks at the Office of Patents and Trademarks in Washington, D. C. Also certified tax statements need to be secured, manually signed and included. We use experienced graphic designers to develop proofs for the trade/service mark submissions, search via specialized companies for similar or conflicting names and marks nationwide and arrange when necessary for entities to act as agents for the receipt of service of process in states where we will wish to market services. A number of successful franchisors initially came to us without ever being incorporated beforehand.

In matters of franchising an existing business, we usually meet with potential clients three times, each time for an hour or more without charge. Most existing businesses choose to set up a “sister” entity so as to keep safe their existing business as a “company run” entity, perhaps a location where franchisee training will occur. The sister entity will then become the “marketing company” (just as GMAC is to GM, for example), and in fact, will become the actual franchisor.

Lastly, As To Getting The Idea Off The Ground…

We also employ in-house development by use of the Michigan’s Blue Sky Act which regulates the offer and sale of securities by way of exemptions such as the Section 402 b (9) (D) 2 and b (10) and the Rules pertaining to such Sections which allows for the procurement of investment capital to permit the inclusion of as many as twenty-four initial shareholders to assist funding of the proposed franchisor entity. This is in lieu of having to undergo the costly and time-consuming process of the formal registration of stock to sell to others prior to bringing in new money to fund the initial effort, or having to finance by other means which often involves banks, loans or venture capitalists.

Note: Please note that this service is a separate legal matter and not a standard element in our service to form a franchise entity.